As the tallest peak in the Sierra Nevada and contiguous United States, Mount Whitney is California’s highest major peak and the country’s second-highest point, just after Denali in Alaska. Mount Whitney is located in East-Central California, United States of America, just around the boundary of the Californian counties Inyo and Tulare. Its west slope is found to be part of the Sequoia National Park while its east slope belongs to the Inyo National Forest of the Inyo Country.

The summit of this towering landform is on the Sierra Crest and Great Basin Divide. Several tourists and hikers were astonished for its jagged ridges on the partially dome-shaped mountain when looking upon the mountain from the bottom.

History of the Mountain Mount Whitney was named by the members of the California Geological Survey in the 1860s. The name was taken from Josiah Whitney, a State Geologist of California and the survey benefactor.

On August 18, 1873, John Lucas, A.H. Johnson, and Charles Begole were the first to have successfully reach the summit. Back then, they had nicknamed the mountain “Fisherman’s Peak.” From then on, the mountain has been climbed upon by many travelers and hikers.

Before making the hike, it’s essential to prepare everything needed from the equipment to the permits. As a highly sought for and frequently climbed mountain peak in the Sierra Nevada, the National Park Service has arranged a permit system to minimize day-hikers’ impact on the Mt. Whitney backcountry.

It is reported that only 100 day-hikers & 60 backpackers are permitted to enter the Mt. Whitney Trail from Whitney Portal each day. So, there is a lottery system for allowing hikers. Mountaineers pick 16 dates as options, and a group size has to be decided. The higher number of hikers in a group, the lesser are the chances of getting a permit.

But mountaineers can also take the climb without winning the permit by checking recreation.gov to see people who give away slots or engaging in Reddit or Facebook Hiking Groups. Either way, this is one of the first steps to planning a hike in Mt. Whitney. Given the difficulty, it’s vital to remember that all mountaineers entering the Mt. Whitney Zone should secure a permit.

Along with the needed things such as Sunblock and First Aid Kits, it’s essential to bring headlamps, rain gears, WAG Bag individually, and if required, given the season, Ice Axe and Crampons. Trekking Poles and Bug Repellents also help.

It’s essential to bring along with you the determination, knowledge, skills, and training for the hike other than those items. 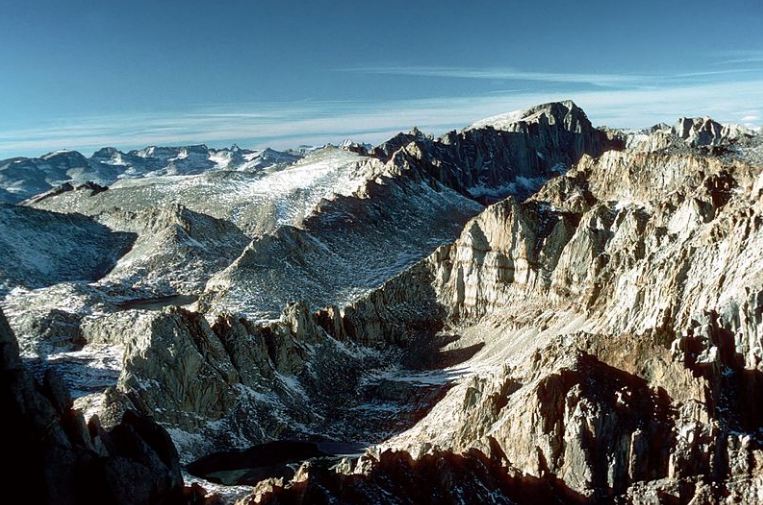 Mount Whitney Trail is a 10.7-mile trail, and this makes it the shortest route for climbing the mountain. Because of that, it’s also the most popular. It starts at the Whitney Portal. Thirteen miles west of the Lone Pine town on Sierra’s east side, the elevation at the trailhead is 2550 meters.

High Sierra Trail starts at the Giant Forest, on the west side of Sequoia National Park. With a length of around 60 miles one-way, it usually takes hikers six days to complete an ascent and an extra four days to return.

The Mountaineer’s Route, a gully on the north side of the east face, was climbed by John Muir. It is classified as a scramble, class 3 (D+). Jason Lakey of Bishop has hit the records by being the fastest to climb the route to the summit and back in just 3 hours and 10 minutes.

Ropes may not be required but can be utilized during an exposed scramble. Because there are many loose rocks, bringing a helmet along would be wise.

One of the Fifty Classic Climbs of North America routes is the East Face route. First climbed in 1931, this route requires hikers technical free climbing (class 5.7). The first ascent was made by Robert Underhill, Glen Dawson, Jules Eichorn, and Norman Clyde in 1931.

It was written in a book by Stephen Procella that “the climb heralded a new standard of technical competence in Californian rock climbing.”

Mount Whitney may take much time to climb, but it’s anything but a bane when people have to camp. When done making the camp set-up, several celestial bodies’ most unobstructed sight blankets the vast night sky. Because there are less pollution and just the right conditions, camping out in the quiet, lone mountain isn’t that bad.

The mountain is an avenue for sharpening your mountaineering skills because of the frequent use of different gear, especially during the winter when snowshoes, crampons, and ice axes are required.

The beautiful, spectacular view combined with the challenge and sense of accomplishment once reached are additions to the many things Mount Whitney offers to mountaineers.