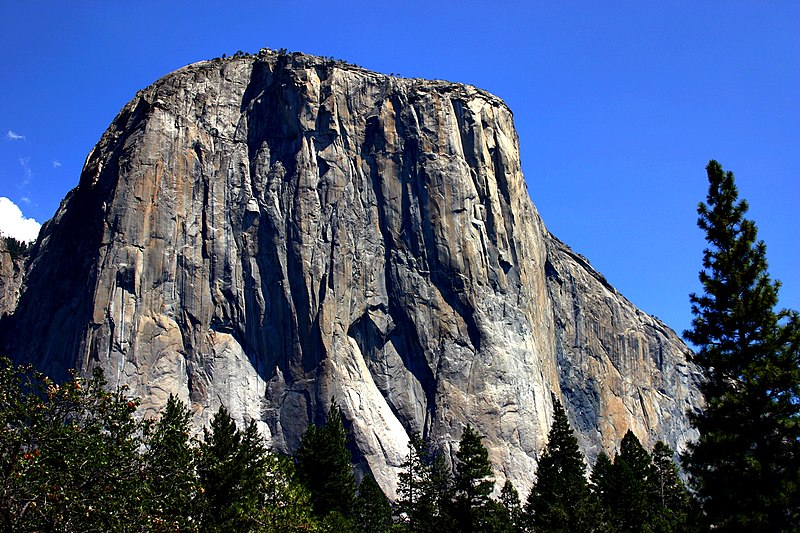 Rock climbing is certainly not for the faint-hearted. Accidents are not unusual, as being at risk is one of the things inevitably associated with this sport. However, there are just some rock climbing destinations in the world that are notoriously known for being dangerous. Experienced climbers who are looking for a real challenge are drawn to these destinations despite or because of these dangers. These are the rock climbing destinations that already claimed thousands of lives, but still attracts many hopeful climbers: The road to Annapurna summit is the trek most likely to kill you. It’s the tenth highest mountain in the world and is considered the most dangerous one. For every five people to reach the summit, two have died trying, with its fatality rate of 40.8%. There is no safe access to the summit of Annapurna, with no Sherpa’s, no fixed rope and a steep slope that is very difficult to pass over. Avalanches are so frequent, and the weather changes a lot with possibility of severe and inhospitable climatic conditions. In 2014, at least 43 trekkers died as a result of snowstorm and avalanches on and around the mountain, making it the worst-ever trekking disaster in Nepal. The second highest mountain in the world, K2, is undoubtedly far more challenging and dangerous than Mt. Everest. It’s actually known among climbers as one of the most technically challenging, as ascends require crossing complicated glaciers, going up steep rock sections, and walking through a path around series of ice pillars, which are prone to collapse without warning. According to legends, this mountain is cursed for female climbers. Since the first woman who reached the K2 summit, all five females to match this feat were killed (three during descent and two on a nearby mountain shortly after climbing K2). In 2004, this “curse” was broken by Spain’s Edurne Pasaban, who is still alive today. Kangchenjunga is the third highest mountain in the world that sits on the border of Nepal and the Indian state of Sikkim. It’s considered a sacred mountain as it is worshipped by the people of Sikkim and Darjeeling who call it the “Five Treasures of Snow,” referring to the five peaks in Kangchenjunga. It does not have an easy route for climbers as the threat of avalanche is high, as this and the bitterly cold weather make this mountain as one of the most dangerous climbs in the world. Death rates have even reached 22%, despite improvements in climbing gear. The most photographed mountain in the world, the Matterhorn is an iconic mountain in the Alps that is forever linked to Switzerland. This pyramid-shaped mountain that sits on the main watershed and border of Switzerland and Italy is very difficult to climb. In 1865, the first ascent of the Matterhorn cost the lives of four out of seven climbers, and this changed the image of the Alpine mountain forever. It became world-famous and aspired by ambitious and adventurous mountaineers. The Eiger, from the Bernese Alps in Switzerland, has been highly publicized for the many tragedies and deaths involving climbing expeditions. The northern face of this mountain gained the nickname “Murder Wall” because it has claimed over 64 lives since 1935. Technical challenges await any climber that climbs on the north wall, with its ridge-free face, avalanches, bad weather and the heavy rock slides that regularly scour the face of this mountain, clearing up anything and anyone on it. There is an easier way, but the north face is targeted by mountaineers for its danger and difficulty level. The world’s ninth highest peak, Nanga Parbat translates from Urdu as “naked mountain” and is a notoriously difficult climb. It has a dramatic peak rising far above its adjacent ground and is comparable to K2 in terms of technical difficulty. The mountain itself presents great risks to your health, as altitude sickness here can be fatal. Snow, winds, and avalanches have all taken lives of climbers during ascent and descent on this mountain. Numerous deaths on this mountain during the 20th century earned it the more-fitting nickname “Killer Mountain.” Siula Grande has been considered as the most dangerous mountain in the Americas after claiming the lives of dozens of climbers. The west face of this Andean mountain is a sheer vertical ascent, which was first conquered in 1985 by Simon Yates and Joe Simpson, who chronicled the most thrilling rock climbing story in the book “Touching the Void.” They thought Siula Grande was a logical stepping stone between the Alps and the Himalayan peaks, but they found out that it was a “brutal introduction to high-altitude exploratory mountaineering.” On the way back down, Simpson fell 100 feet into the crevasse and luckily survived with a badly broken leg. He crawled along the glacier for three days to reach safety. This story was regarded by the mountaineering world as one of the most amazing stories of survival.

El Capitan is the largest vertical granite monolith formation in the world located in Yosemite National Park. For rock climbers, the challenge is to climb up its sheer granite face. El Capitan has several climbing routes, all of them difficult, and the Dawn Route was considered the most challenging of all. Even the most experienced climbers who use ropes and pitons take 4-5 days to reach the top with a 60% success rate. They have to sleep in hammocks hung from pitons in the cliff face. Very risky, right?