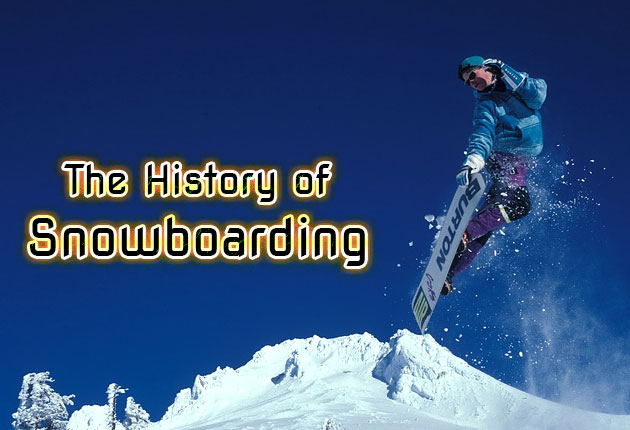 Snowboarding is a snow activity which was invented not as a form of travel but just for fun. Besides skiing and sledding, snowboarding is a common thing to do during winter and has been part of Winter Olympics and Paralympics since 1998 and 2014, respectively.
While this sport became popular in the 1990s, the snow board was invented by a father on Christmas morning in 1965. Sherman Poppen created a surfboard-like contraption by nailing a platform on top of two children’s skis for his daughters. While the other kids saw the sled, they all wanted one. His wife came up with the name “Snurfer,” mixing the words snow and surfer. The next week, he bought up every water ski he could find because of demands from her daughter’s friends. After a couple of weeks, he added a rope to the front of the board to make turning easier and prevent it from sailing away when riders fall. He patented the toy and licensed it to a manufacturer, Brunswick Corporation. The toy became a cult phenomenon. Half a million snurfers were sold in 1966 alone.

In 1970, a college student named Dimitrije Milovich was introduced to snurfers and got hooked. At school, he rode on cafeteria trays, using it as a snowboard. Then he had a brilliant idea. After two years, he dropped out of Cornell University, moved to Utah and started creating plastic prototype boards on champagne powder. He called his creation Winterstick, and it was a commercial success. Within three years, he was selling Wintersticks to 11 countries. Poppen organized annual surfing competitions in the early 1970s at a Michigan ski resort. It attracted enthusiasts, and one of those was Tom Sims. Sims was a skateboarder. In his school shop class in 8th grade, he created his own version of the snurfer by putting a layer of carpet to the top of a piece of wood and attaching an aluminum sheet at the bottom. He called it a snowboard.

During the annual snurfing contest in 1979, a professional snurfer named Paul Graves performed a freestyle demo that made the crowd scream with amusement. He showed four gliding 360-degree spins, dropped on one knee for part of the course, and dismounted off his board with a front flip at the finish. That same event, Jake Burton Carpenter (also known as Jake Burton) showed up with his own version of a snowboard, which had bindings. There were protests about his non-snurfer snowboard design, but Graves and others advocated for his right to race. A modified, open division was created and he won. This year was when snowboarding became competitive. Burton, a businessman passionate about snowboarding, went on to launch his own company for selling his product, which he wanted to call “snurfboard.” However, Poppen defended his trademark name and asked Burton to change the name of his board. Burton called it a Burton Board instead and started selling his creations during the two seasons in the late 70s.

Poppen later expressed his regret with his decision, because that was when the sport wasn’t called snurfing anymore, but snowboarding. In 1979, the word “snowboard” was first used in a television commercial for Labatts, featuring snurfers like Graves, Mark Halseth, and Jane Halseth.

Sims competed with Burton and sold his first Sims Snowboards. They didn’t like each other, so they engaged in an intense competition to be superior in the snowboarding industry for more than a decade. But because Burton was the more business-minded person between the two, Sims eventually licensed his brand name to Collective Licensing, which sells Sims Snowboards through Sports Authority. In 1982, the first National Snow Surfing Championships was held, putting snowboarding on the map. The competition was held at Vermont’s Suicide Six and was organized by champion snurfer Graves.

The following year, the event was taken over by Burton and was moved to Stratton Mountain in 1985. Burton renamed the event like the US Open Snowboarding Championship, which became one of the most prestigious events in snowboarding, and still continues to gather crowds of spectators until today. Meanwhile, Sims held the first World Championship halfpipe competition in 1983 at Soda Springs, California.

During the 1980s, snowboarding was still considered as somewhat of a non-conventional snow sport. Most ski resorts had a considerable resistance against snowboarders for different reasons like safety, insurance liability issues and the rebellious and boisterous image of teenage snowboard riders. In an attempt to persuade resorts to allow snowboarding, snowboard riders and its advocates have launched a diplomacy campaign – and it was successful. During the 1984-85 season, approximately 40 resorts have allowed snowboarding. 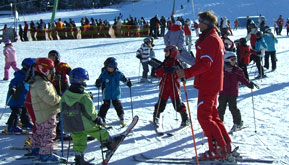 The Professional Ski Instructors in America (PSIA) published the first snowboard instructor’s manual in 1987 to standardize methods for teaching snowboarding. More people began to show interest in the sport as the skill level of snowboarders increased. Ski areas began to recognize the potential of snowboarding as a growing and marketable sport. By 1988, nearly half of ski areas in the country accepted snowboarders.

In the mid-80s, some ski resorts built halfpipes, but making and maintaining them was laborious. A farmer named Doug Waugh designed a machine that could make building halfpipes easier in the early 1990s. He called it the Pipe Dragon, a farm machinery that can cut through big pipes out of large piles of snow. Because of the Pipe Dragon, more pipes and terrain parks were established during the decade.

To provide international standard rules and regulations for contests, the International Snowboard Federation (ISF) was established in 1990. Meanwhile, the United States of America Snowboard Association (USASA) provided instructing guidelines and continued to run snowboard competitions in the US until today.

Snowboarding was accepted as an official Olympic sport in 1998, in the Winter Olympic Games in Nagano, Japan. The first Olympic gold medal for Men’s and Women’s Snowboarding was awarded to Ross Rebagliati from Canada and Karine Ruby from France, respectively. However, the sport’s Olympic debut was a controversy. The best snowboarder in the world that time, Terje Haakonsen from Norway, boycotted the Games. Gold medalist Rebagliati was stripped of his medal after he tested positive for trace amounts of marijuana, only to have it returned later on since the substance wasn’t technically banned.

During the new millennium, snowboarding reached a higher level of momentum. In 2004, around 6.6 million snowboarders participated in different events around the globe. That year, participants were mostly 18-24 years old, and 25% of them were female. Years before, snowboarding was dominated by teenage boys.

In 2006, snowboarding legend Shaun White had the peak of his career, earning 12/12 victories of all the contests he participated. His halfpipe performance at the Winter Olympic Games earned him mainstream recognition and the cover of Rolling Stone.

The sport grew during the 2009-2010 season, with around 8.2 million snowboarders from USA and Canada alone.

Adaptive snowboarding, or para-snowboarding, was first launched at the 2014 Paralympic Winter Games in Sochi, Russia.

Since 2007, snowboard sales has been experiencing a continuing decline. Ski resorts weren’t seeing as many snowboarders anymore, but snowboarding is here to stay. Optimists say the sport is still young and what we are seeing now is just one downturn – just as skiing saw their numbers fall down which wondered why, but became popular again.